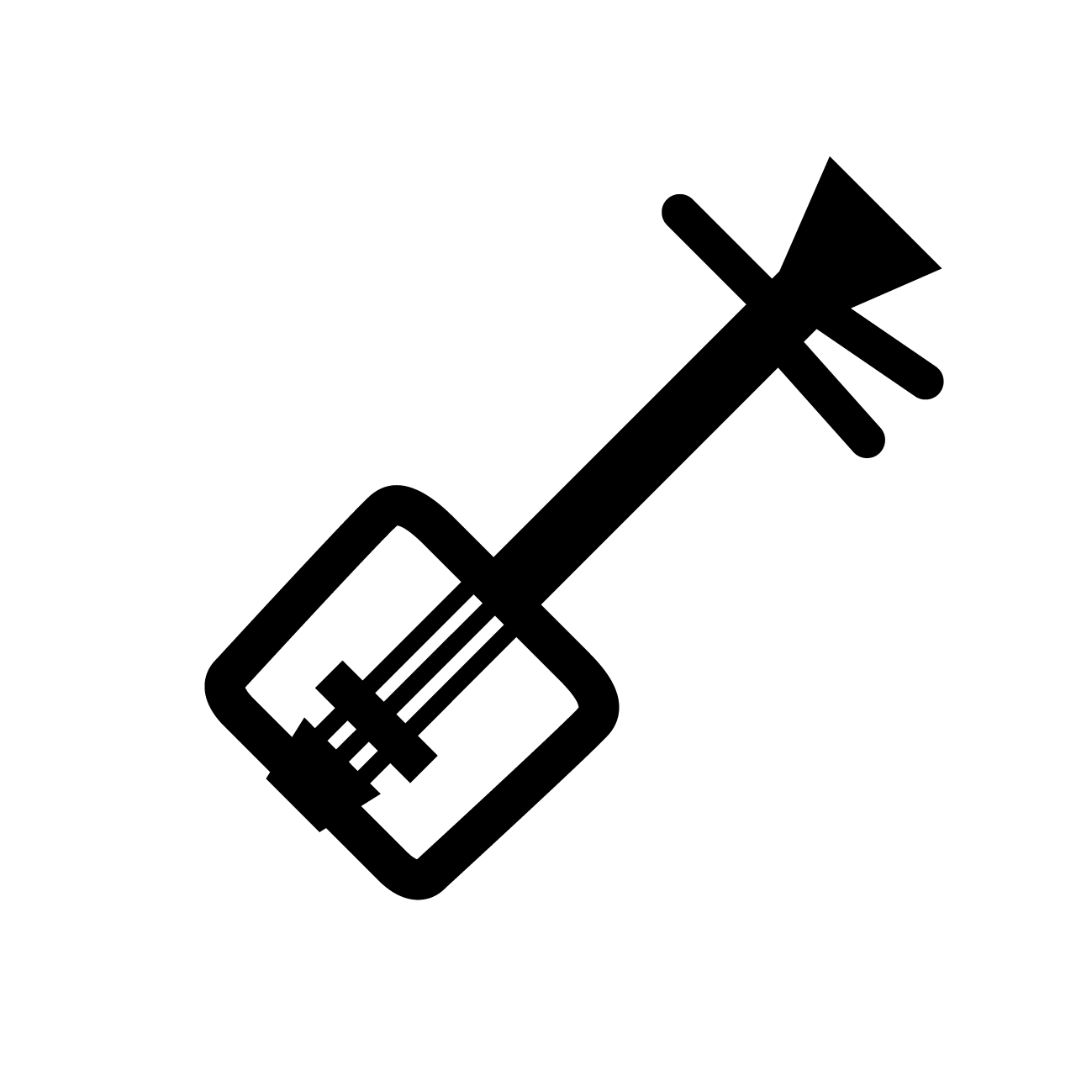 和太鼓
wadaiko
ホーム
For beginner
Warning: First parameter must either be an object or the name of an existing class in /home/wagakkimedia/wagakkimedia.com/public_html/wp-content/themes/cocoon-master/lib/shortcodes-amazon.php on line 155

Warning: First parameter must either be an object or the name of an existing class in /home/wagakkimedia/wagakkimedia.com/public_html/wp-content/themes/cocoon-master/lib/shortcodes-amazon.php on line 155

Even if the “I want to start a shakuhachi”, what good do you buy, what learn on his own, can not know how good When you have such as you or many.

This is a summary of the order to begin actually the shakuhachi a person is summarized in the Japanese instruments the media is doing a shakuhachi! !

This is not all, but it is written one way that is necessary is to get started the shakuhachi.

What is the “Shakuhachi” ? 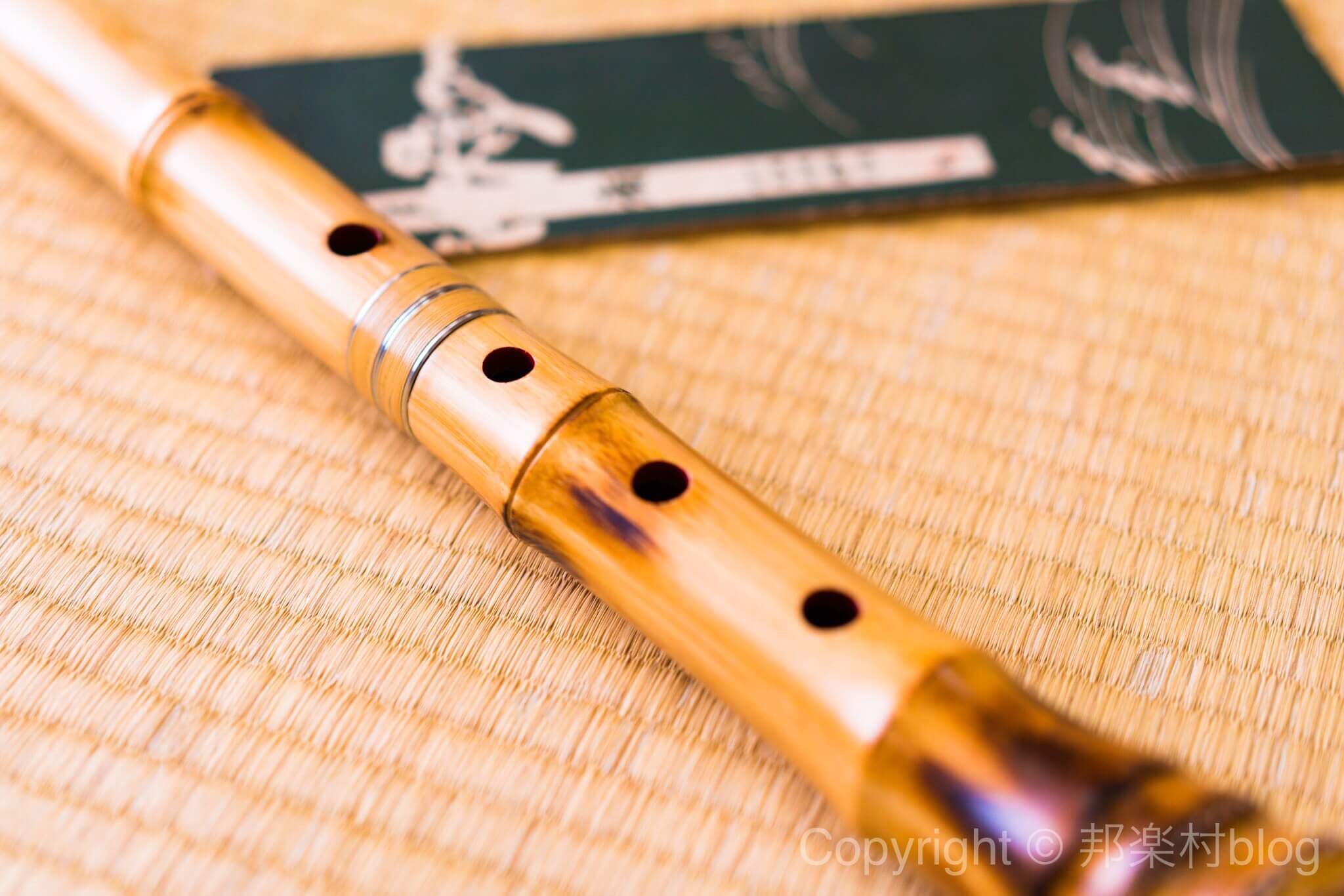 Shakuhachi in Japan ancient Japanese instruments, is a wind instrument in which one of the holes vacated four behind ago. It will be classified as a fellow of the air-lead musical instrument that does not fit the lead and mouthpiece.

Charm of the “Shakuhachi” 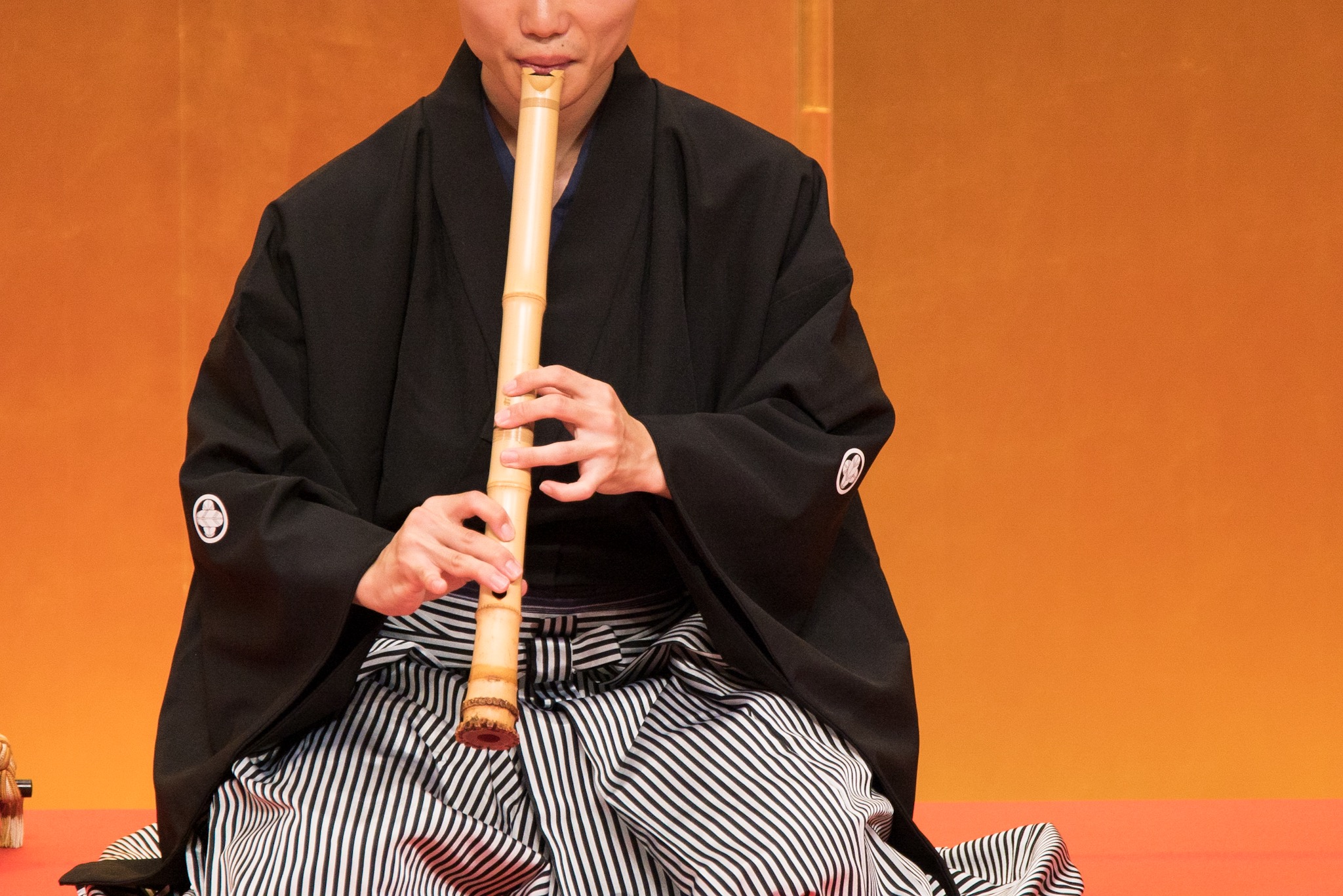 It is often thought that there are only a few types of sounds because the instrument has only five holes, but it can produce various sounds like other wind instruments.

It’s tone has softness, such as inflating the space. This softness is there is a unique atmosphere not found in other instruments. In addition, if become a good person there is a softness centered sound in, it played the sound, such as sounds to the body.

Is the charm of the shakuhachi is also of a wide range can accommodate up to contemporary music from classical music.

It is difficult to start I “Shakuhachi” ? 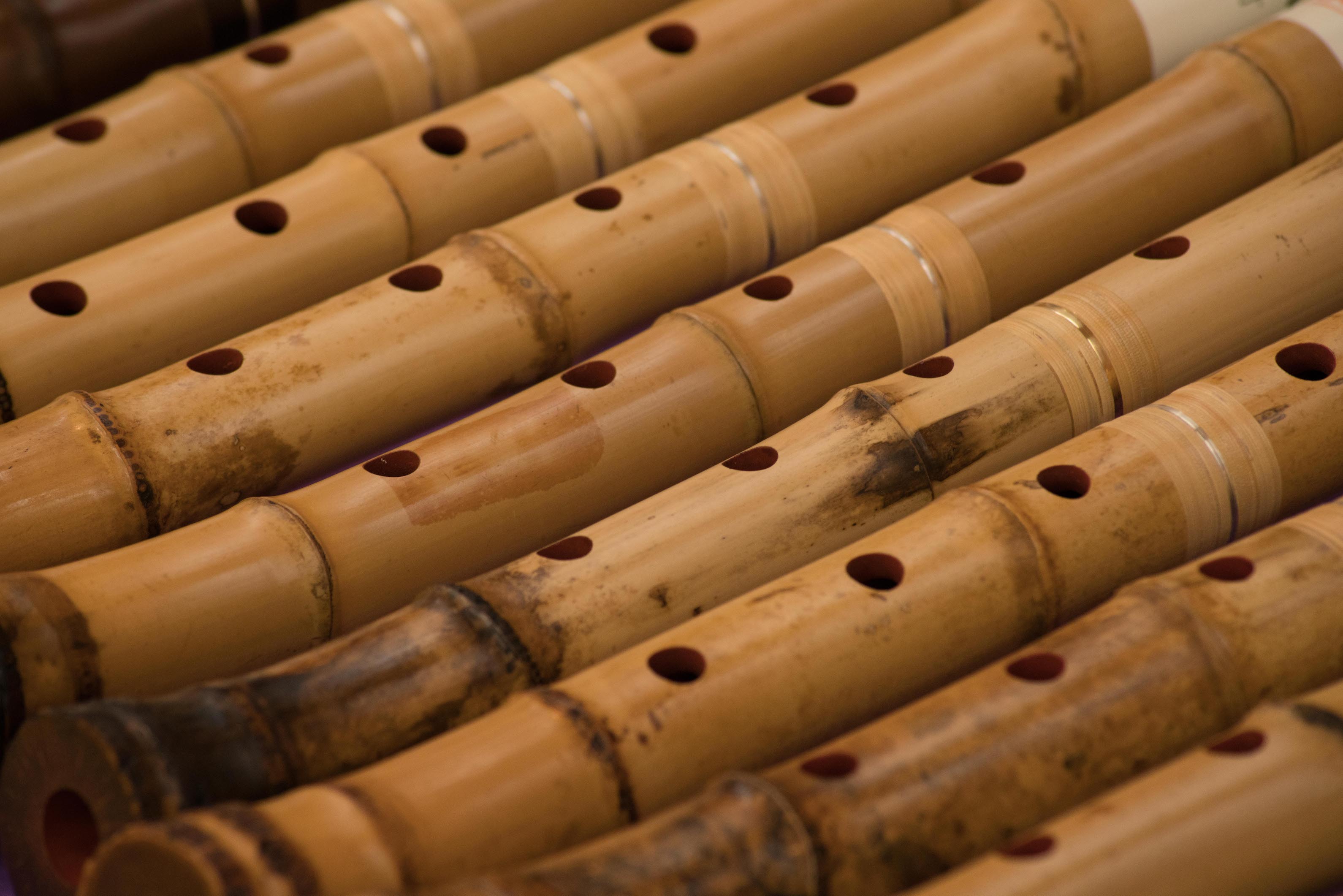 No, it’s not difficult. but, shakuhachi requires a little practice until the get an accurate sound. Nevertheless, it does not mean very difficult if practice is required in other instruments and.

In Japan, a faction that plays is called a “Ryuuha” (流派). Ryuuha are closer to Style than Faction or School.

These are the same instruments, although the details of the playing method and the instruments are different.

Or different score is how to write, there are differences in the fine part of the instrument, but it does not mean there is a big difference in blowing the way.

Or a Ryuuha that other to “Nezasa” (根笹流) as well, also have those who blow specializing in folk songs.

Those that align to begin the “Shakuhachi”

Shakuhachi compared to other Wagakki, the less things to align get started is characterized. It can start if only shakuhachi body Briefly, but will no doubt and align the following. 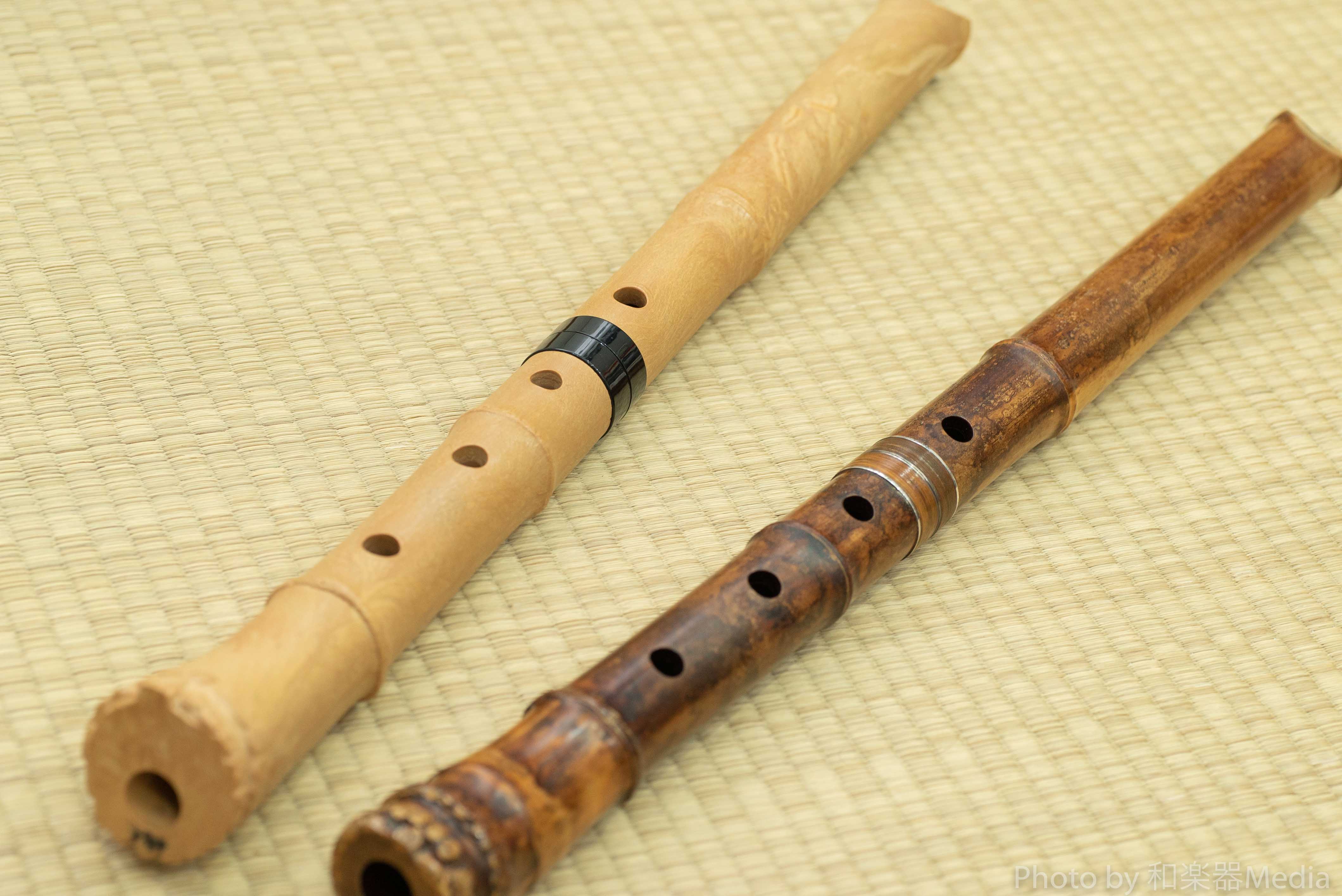 It is the Shakuhachi of first prepared.

There is not much of a new shakuhachi for 50,000 to 60,000 yen. Auctions are the main. However, there is something bad in an auction, and I do not recommend it much.

If possible visits to the Shakuhachi of the workshop, we recommend that you buy directly.

However, because bamboo shakuhachi is hard to put a hand in the case of “first do let us”, plastic shakuhachi is also recommended.

It’s plastic of the shakuhachi is “shakuhachi Yu” (尺八 悠) is recommended. Plastic while a good shakuhachi to mold, is a craftsman one by one is because of the pipe manufacturing, pretty good sound of sound.

For the first time from the plastic of the shakuhachi, we have many also anyone who wants to buy the bamboo shakuhachi Once addicted, have been accustomed. 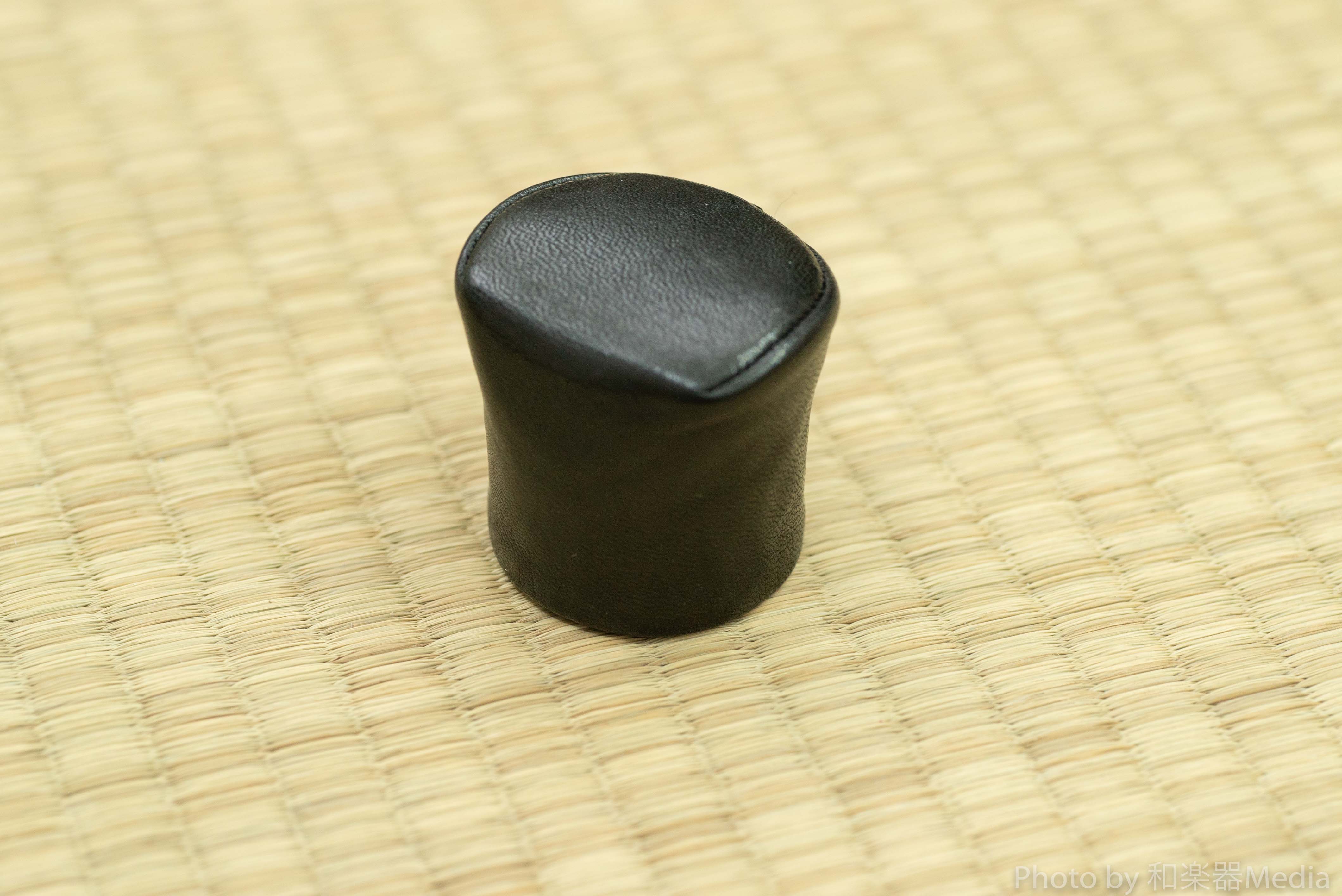 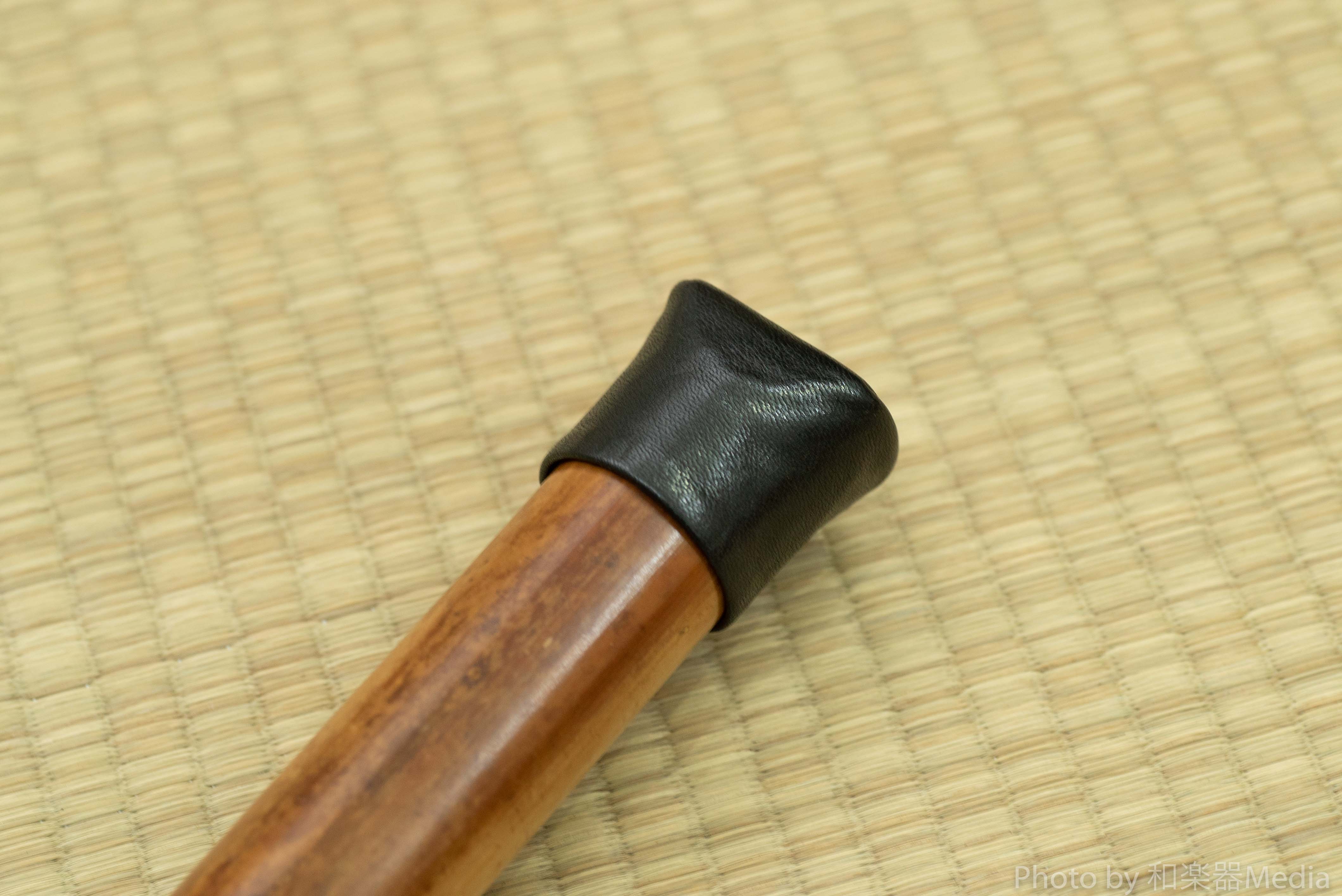 Magnitude There are many, but you can generally buy at about 10$. Because there is a size to match the shakuhachi of the caliber, the time of purchase, please be purchased from firmly measure the size.

Also or a thing of one size fits all. 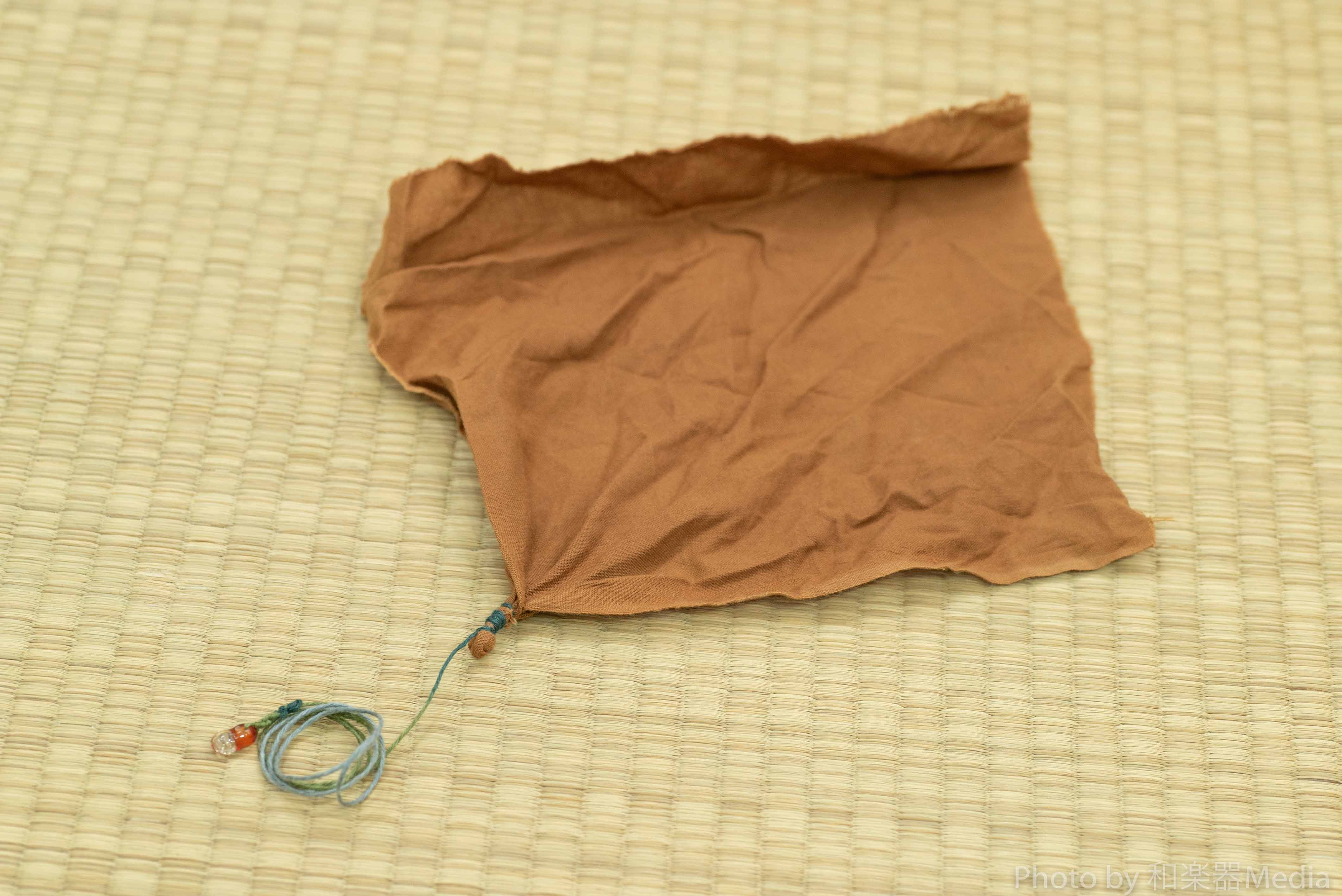 Tsuyukiri is a tool to wipe the dew in the tube that occurs when’re playing the shakuhachi (water droplets generated by condensation).

Wipe off any moisture through Tsuyukiri. 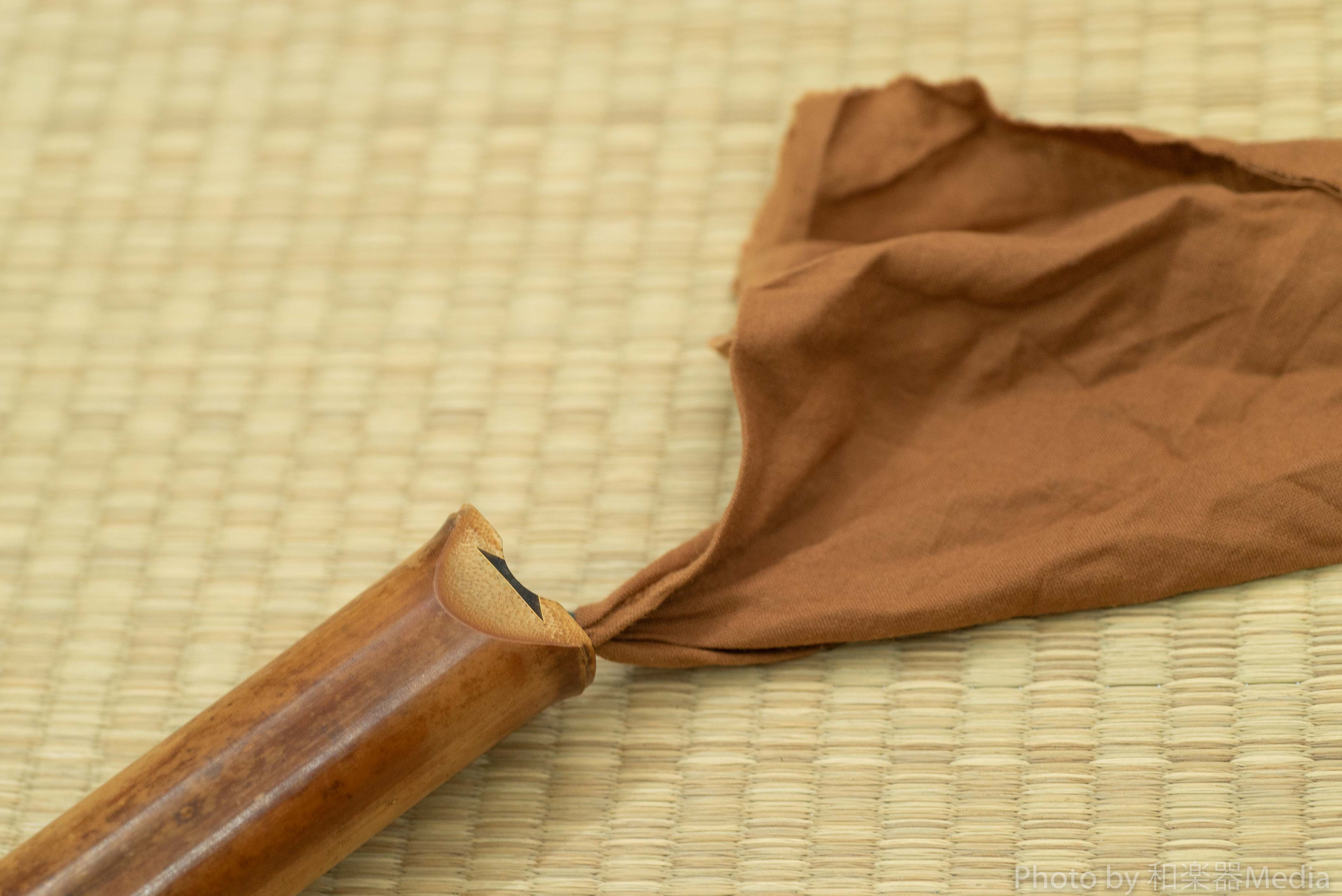 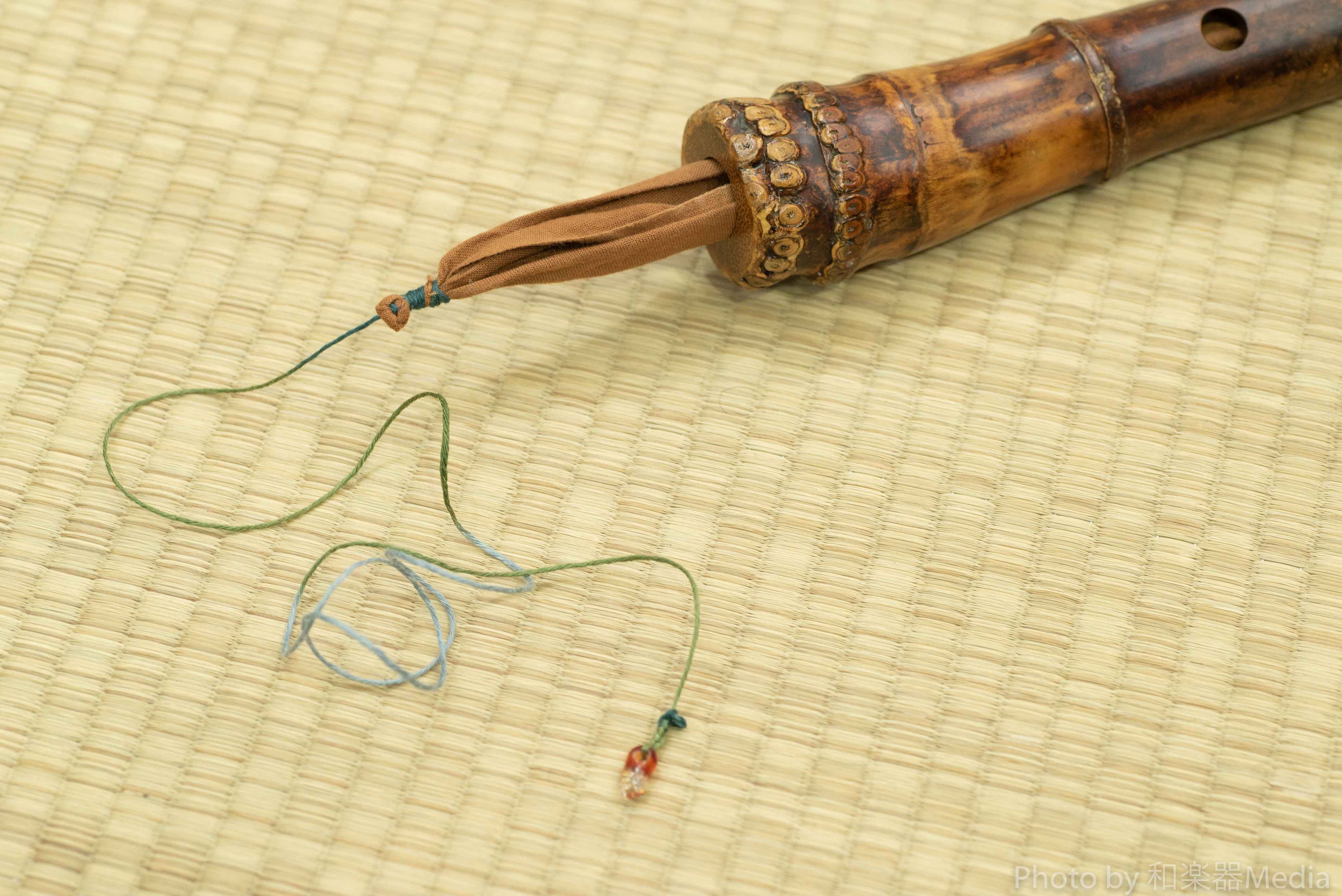 Tsuyukiri also can be purchased at 10$. In addition, Tsuyukiri it is also possible to make if there is beads and yarn, cloth of moderate weight. (Tsuyukiri photos towel of cloth, hemp, has been created in the smaller of the dragonfly ball) 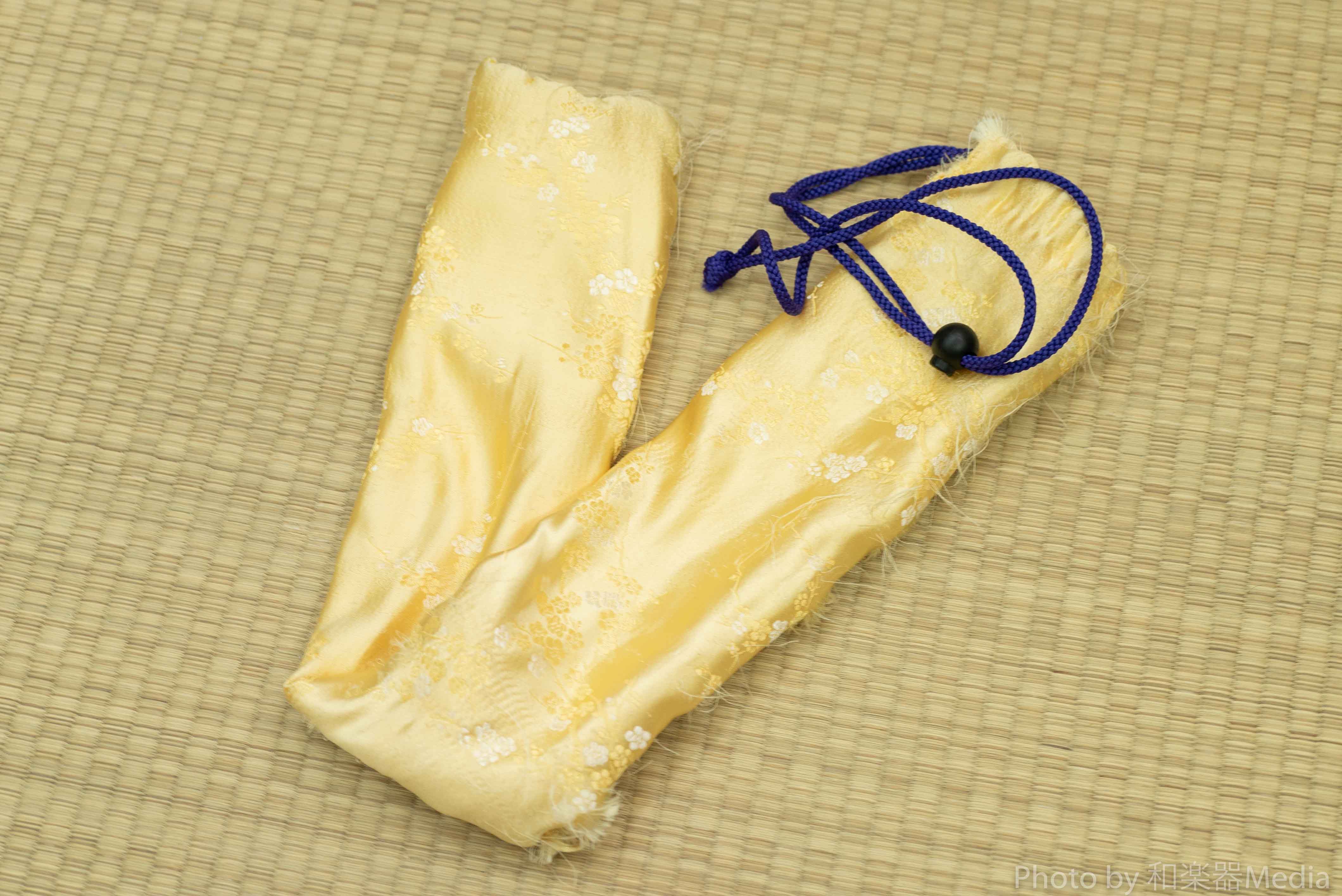 In case of order to put the shakuhachi, and fabric of soft cases and hard cases, such as photos. The hard case there is a plurality of put the case from one.

People who are put in a soft case is often impressive.

Price is different in some of the kind, but to roughly 45$ or more. If the soft case, you can also make your own quite easily.

Didactic book is useful to have one book is on hand.

It is written from most of the way play of sound in the instruction book until the maintenance method of bamboo flute. Will not essential if you do on his own.

In addition, since in the instruction book rests a japanese popular song for advanced users from the rudimentary song Also facing the voluntary practice.

Shakuhachi will be able to self-taught? Lesson is necessary? 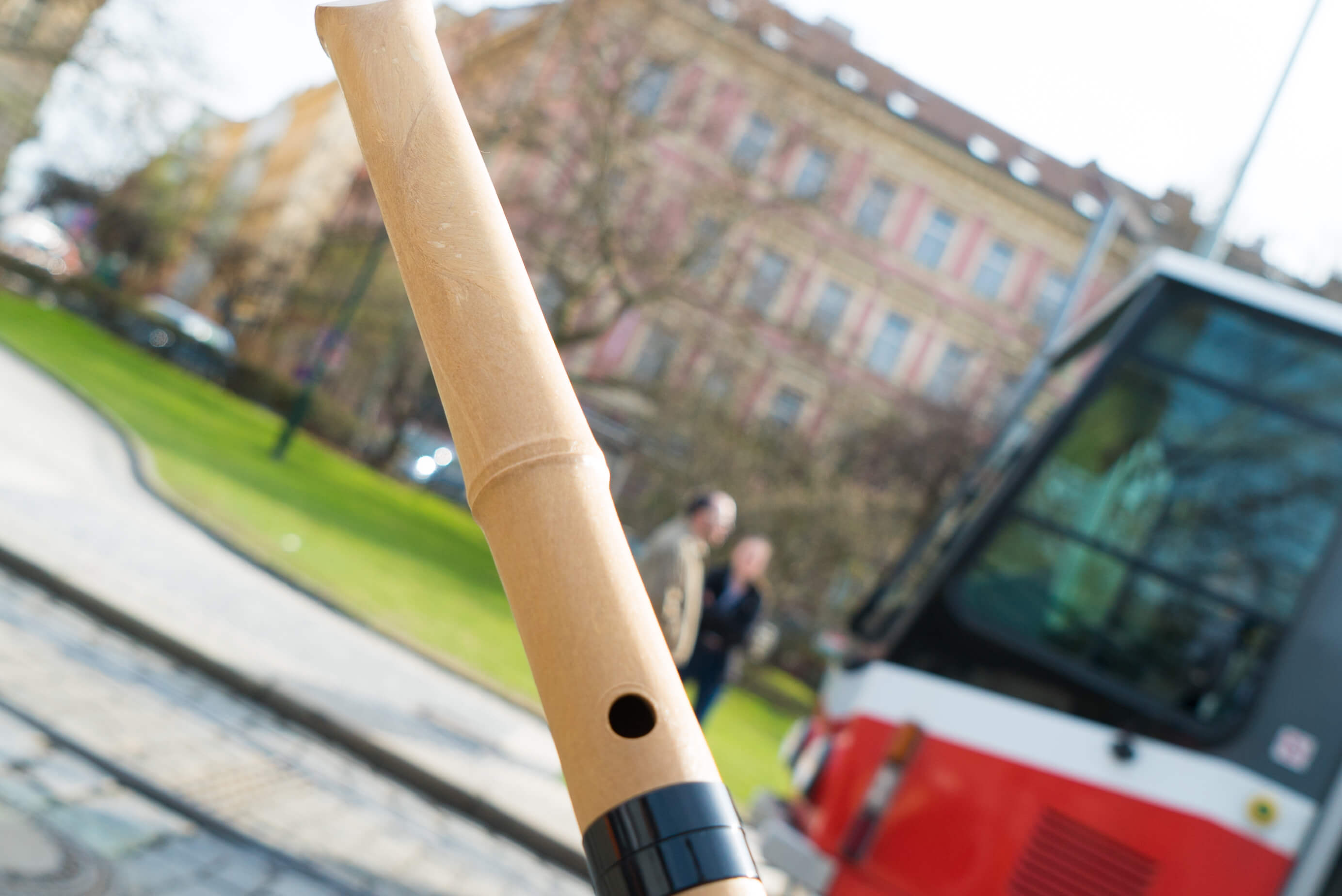 Shakuhachi is a difficult instrument to do on his own when compared to other Japanese instruments.

The step of issuing a sound, long tone, clean out the sound, and so indulge a song There are various stages, you can be who will follow the teacher if go step by step smoothly.

In modern times, not only the form of the lesson was firm, so you can get taught in a variety of ways to workshops and a single lesson format, you can practice to suit your pace. See also this article with respect to form.

Shakuhachi feel free to start easy to sum musical instrument! Those who are worried from all means experience! ! 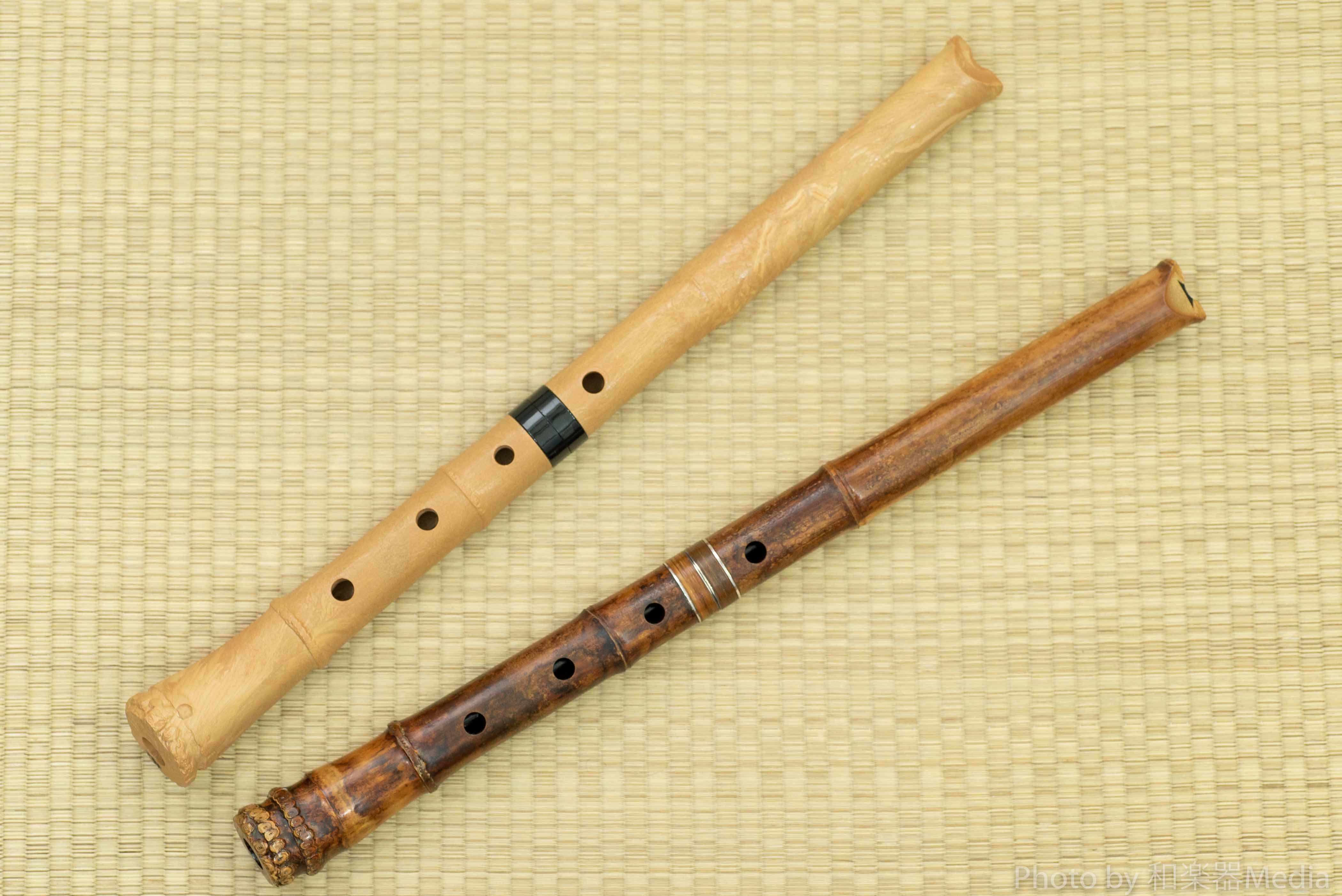 Since the shakuhachi is feel free to start easy to sum musical instrument, why not anxious First try through from such experience classroom professional teacher is held?

Introduce the “Soran Bushi”. The lyrics and meaning of the Soran Bushi? The compatibility of the sum instruments and Soran Bushi?